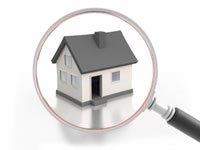 House prices are a major worry for tenants as many fear they will never be able to get their feet on the housing ladder. The average listing price is now a staggering £388,400 which has shown an increase of 6.7% since the beginning of 2021.

Affordability in the property market is at a 10-year low and as mentioned many times, there has never been a greater need for social and affordable housing. This will allow potential homeowners to save towards a property whilst also providing safe accommodation for the growing number of vulnerable members of our society.

The latest figures from Halifax show that the average UK property now costs 8.1 times average earnings. The price to earnings ratio has climbed by 8% in the past year, up from 7.5 in 2020 as, in stark contrast to rising property prices, wage growth flat-lined due to the pandemic. As the gap continues to widen, there has never been greater need for affordable housing stock across the country.

The other growing major worry is that last year it has been reported that one in five renters were forced to choose between paying bills and buying food due to the financial impact of Covid-19. One in four had to end their tenancy early due to the crisis.

As the government’s eviction ban has eased the pressure for many, it has highlighted the potential homeless issue as up to 400,000 renters were served with eviction notices or told to expect them, according to the Joseph Rowntree Foundation. Many fear this is likely to be just the tip of the iceberg. One in seven are worried that Covid-19 could leave them homeless as incomes stagnate and job losses mount; the UK appears to be on the brink of a social housing epidemic.

To be able to clear the current housing backlog, thus ensuring that future demand is met, it is estimated that the UK must build 340,000 new homes per year for the next decade. More importantly, it is essential that the right kind of homes are being built. Of those 340,000 new builds, the National Housing Federation estimates that 145,000, or 43%, must be allocated to social rent or shared ownership to ease this growing crisis.

At present demand is not being met and the latest Government figures show that just 57,600 affordable homes were completed between April 2019 and March 2020. Similarly, 68,300 new projects having been started, indicates the completion figures that can be expected to be seen in coming years.

With so many now at risk, The Government and property developers need to act now to increase the affordable housing stock and seeking alternative solutions that can provide quick relief amid growing demand. Across the UK, 13% of retail spaces currently sit empty, with rates as high as 19% reported in areas such as the North East. These figures are only set to grow, so there is potential to re-use current buildings and sites for the benefit of a section of the population in danger of being overlooked!